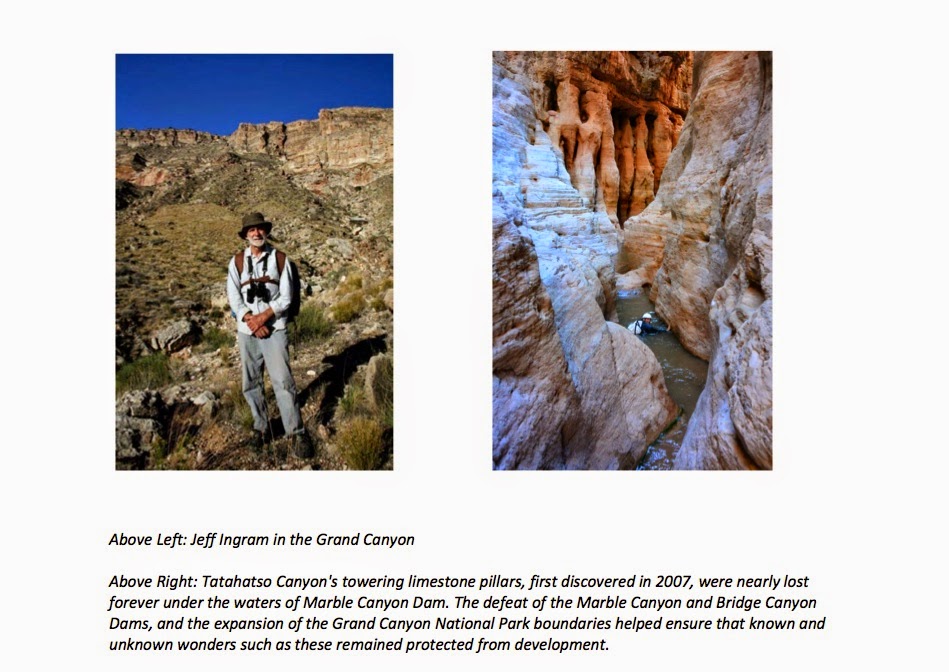 Celebrating a 40th Anniversary, with a Lifetime of Work Ahead


JANUARY 3, 2015 was, in Tucson, sunny, coolish, a southwestern winter's day. A fine day for celebrations, and at 10 a.m., as John Weisheit of Living Rivers, reminded me, it was the moment to note and celebrate the 40th anniversary of the presidential signing and thus final enactment of the 1975 Grand Canyon National Park Enlargement Act.

This moment was important enough to John to bring him from Moab into my backyard that bright Saturday along with Tom Martin of River Runners for Wilderness, Chris Forsyth & Doug Nering, Grand Canyon Hikers and Backpackers Assoc., and Rich Rudow & Jason Bowman, Coalition of American Canyoneers, to note the past, celebrate its accomplshments, and lay down the markers for what we all hope will be a future where the Canyon gains greater protections while continuing to offer its advocates, connoisseurs, & new-comers unique chances for the enjoyment and adventure of being for and in that place, the Grand Canyon.

A world of commentary and "yes,but"s could be generated on that last, long, sentence, but Saturday, 1/3/15, was for celebration. To be sure of a happy event, those gathered above, in surreptitous cahoots with my family, organized a presentation as a surprise to me (a survivor's prerogative) of  an "unsung hero" (blush) award for reasons shown on these plaques, elegant and eye-catching: 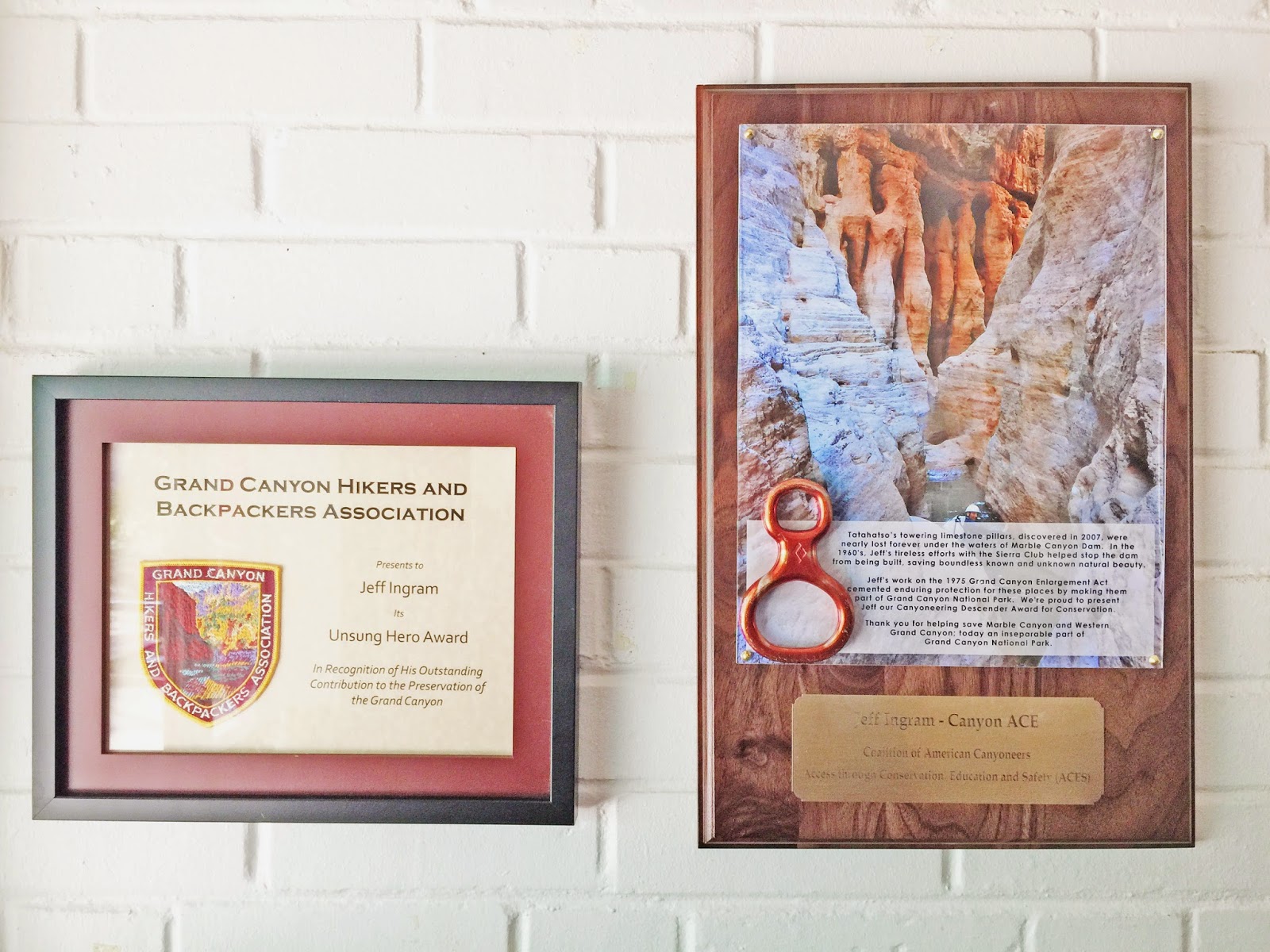 Text on the left:   Grand Canyon Hikers and Backpackers Association
Presents to Jeff Ingram its Unsung Hero Award
In Recognition of his Outstanding Contribution to the Preservation of the Grand Canyon

And on the right:
Tatahatso's towering limestone pillars, discovered in 2007, were nearly lost forever under the waters of Marble Canyon Dam. In the 1960's, Jeff's tireless efforts with the Sierra Club helped stop the dam from being built, saving boundless known and unknown natural beauty.  Jeff's work on the 1975 Grand Canyon Enlargement At cemented enduring protection for these places by making them part of Grand Canyon National Park. We're proud to present Jeff our Canyoneering Descender Award for Conservation.  Thank you for helping save Marble Canyon and Western Grand Canyon; today an inseparable part of Grand Canyon National Park.
Jeff Ingram - Canyon ACE
Coalition of American Canyoneers    Access through Conservation, Education and Safety (ACES)


There was also a press release of unabashed generosity and accuracy, accompanying this entry on the same date here.

Bewilderingly, for as we all know, the Grand Canyon "is a profitless locality", I was also rendered a bit shaky by their organizations awarding me $4000, a generous act that I can only hope to render some thanks for by continuing this blog, hoping that it somehow benefits the Canyon and its lovers.

Here are photos of some of the principals: 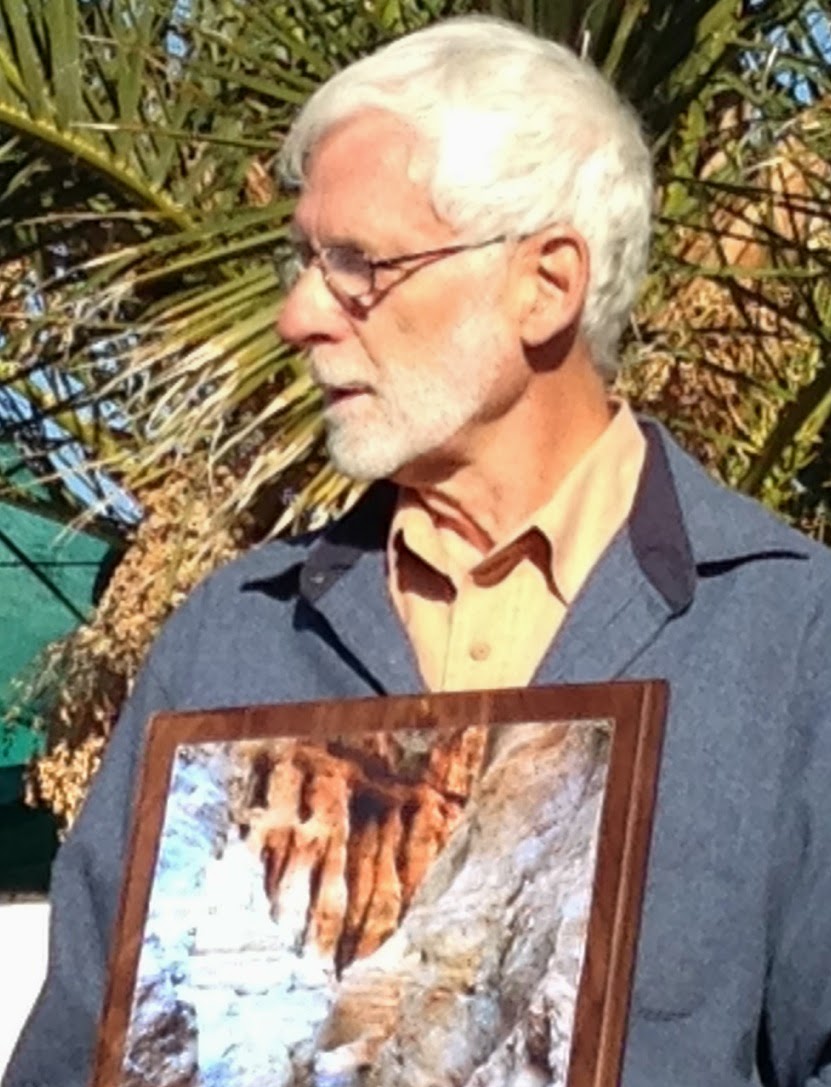 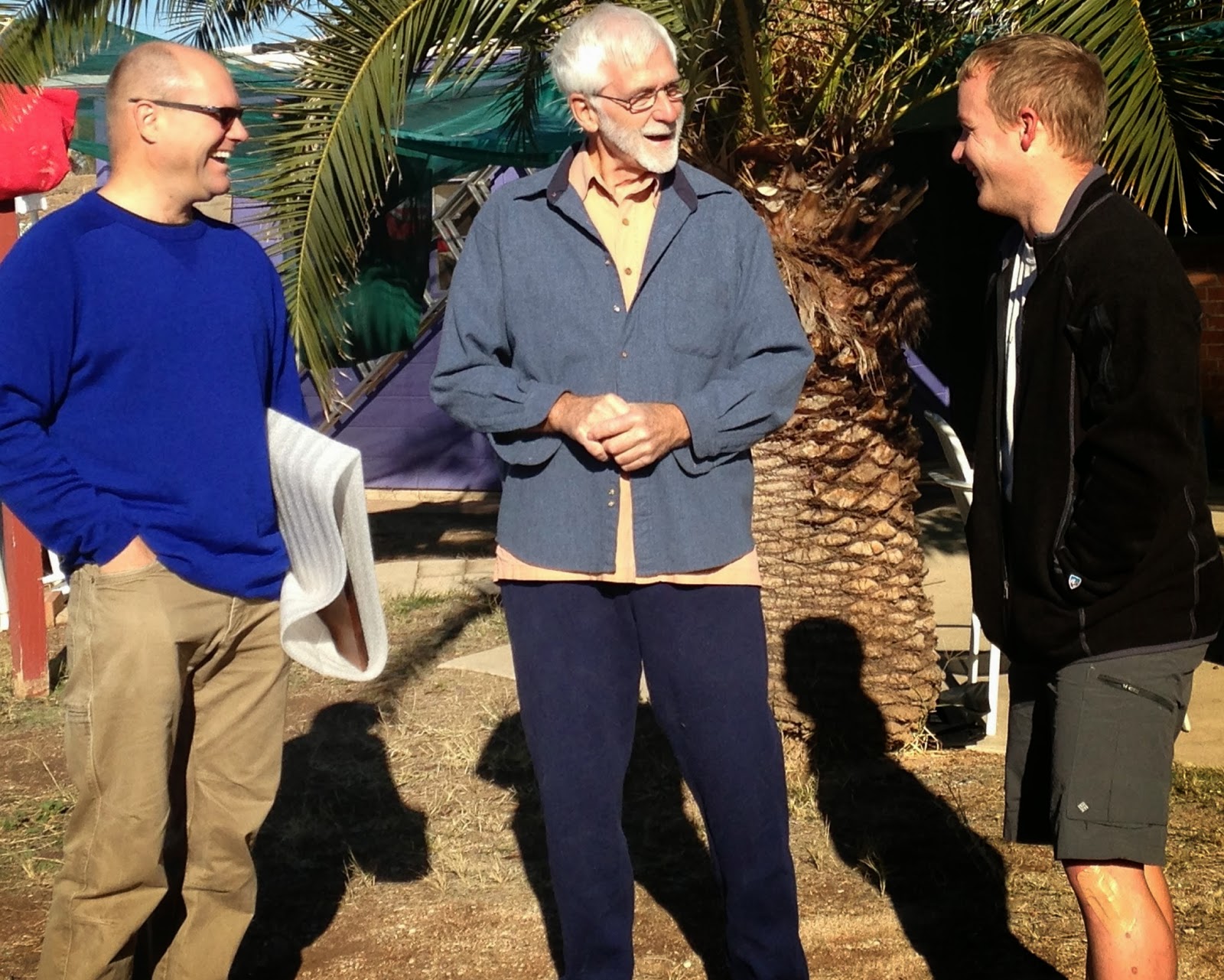 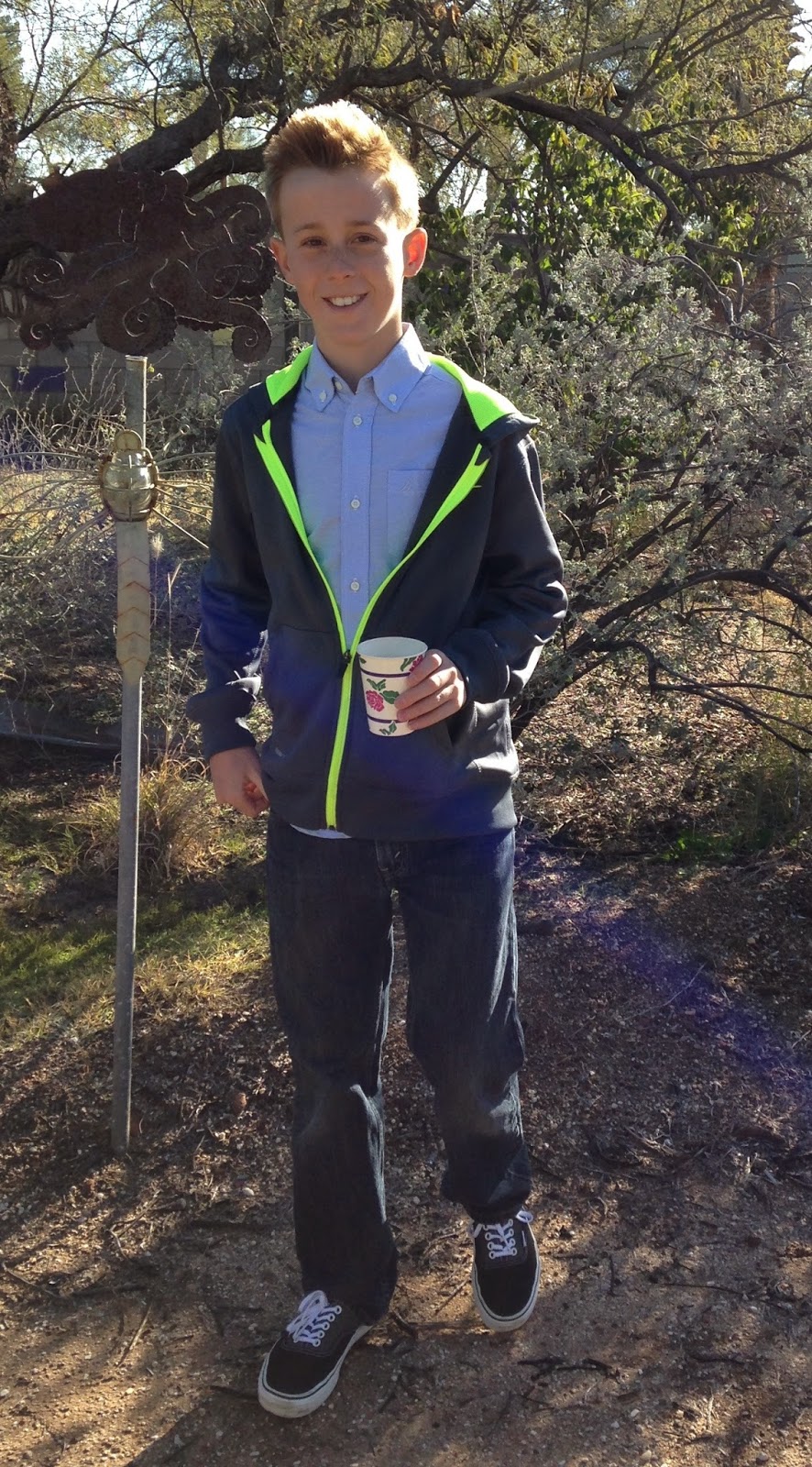 My grandson, Quinn, already intimate with the Canyon's floor and depth 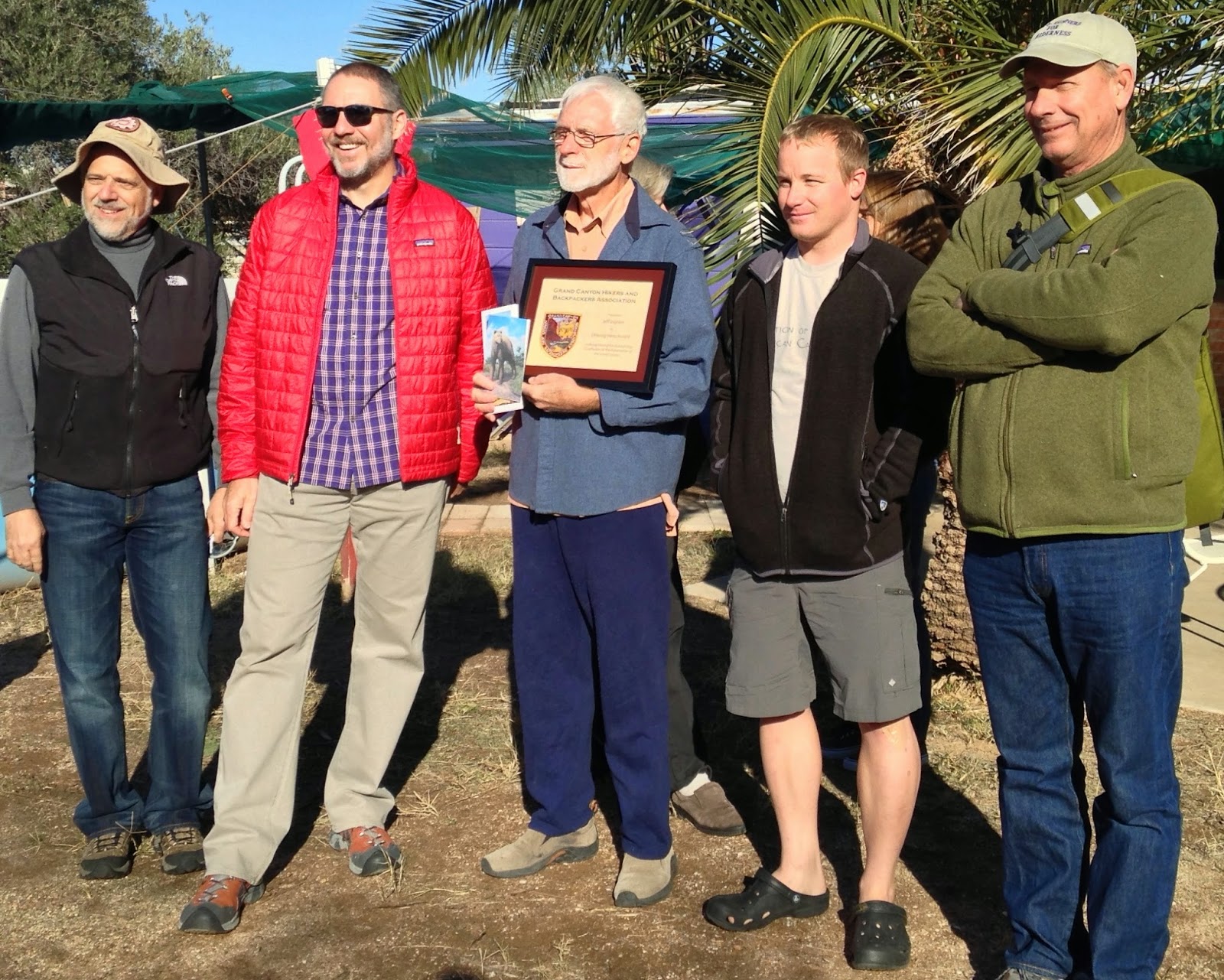 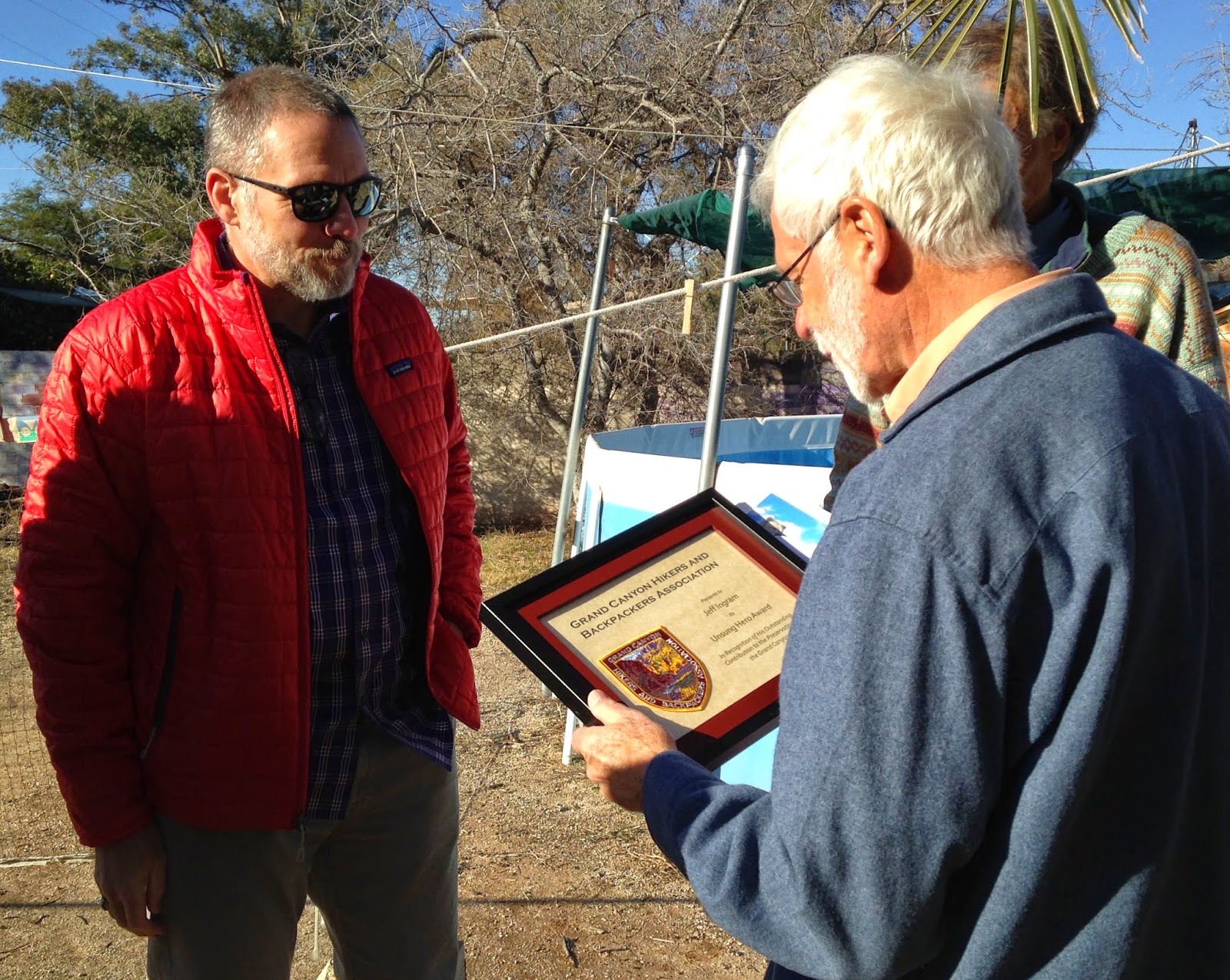 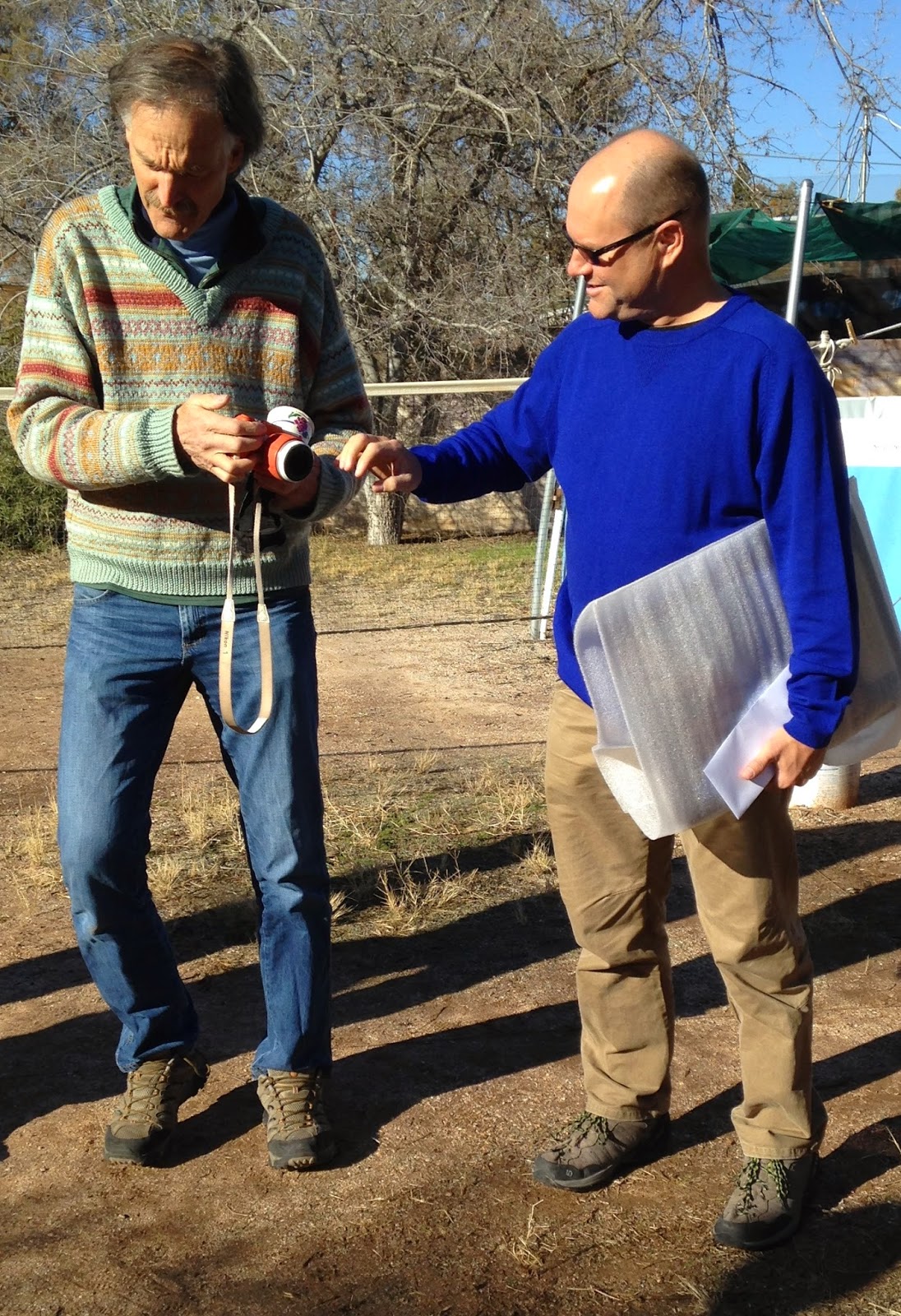 Tom M, picture-taker (though these are all by my daughter Mrill Ingram), Rich R 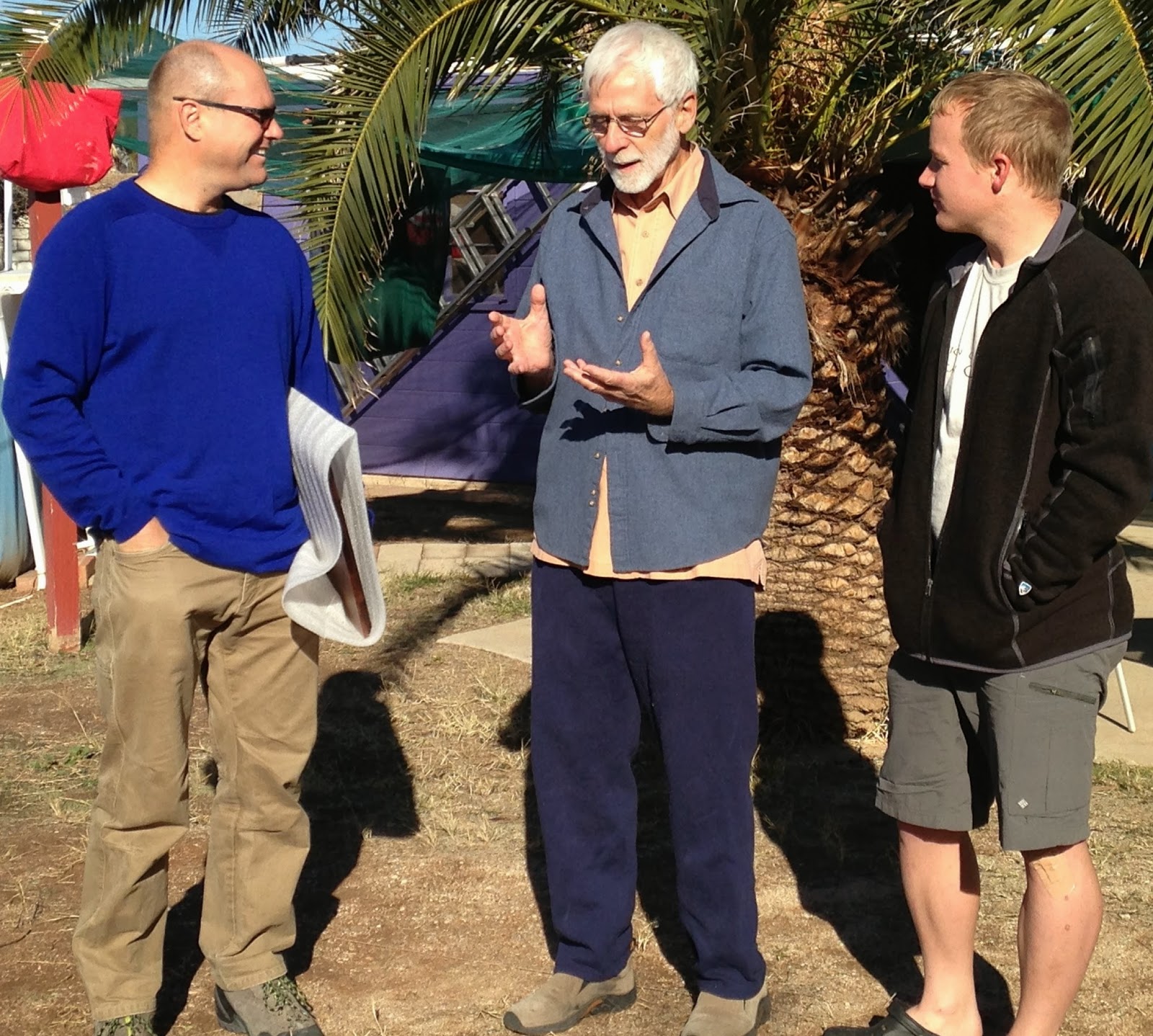 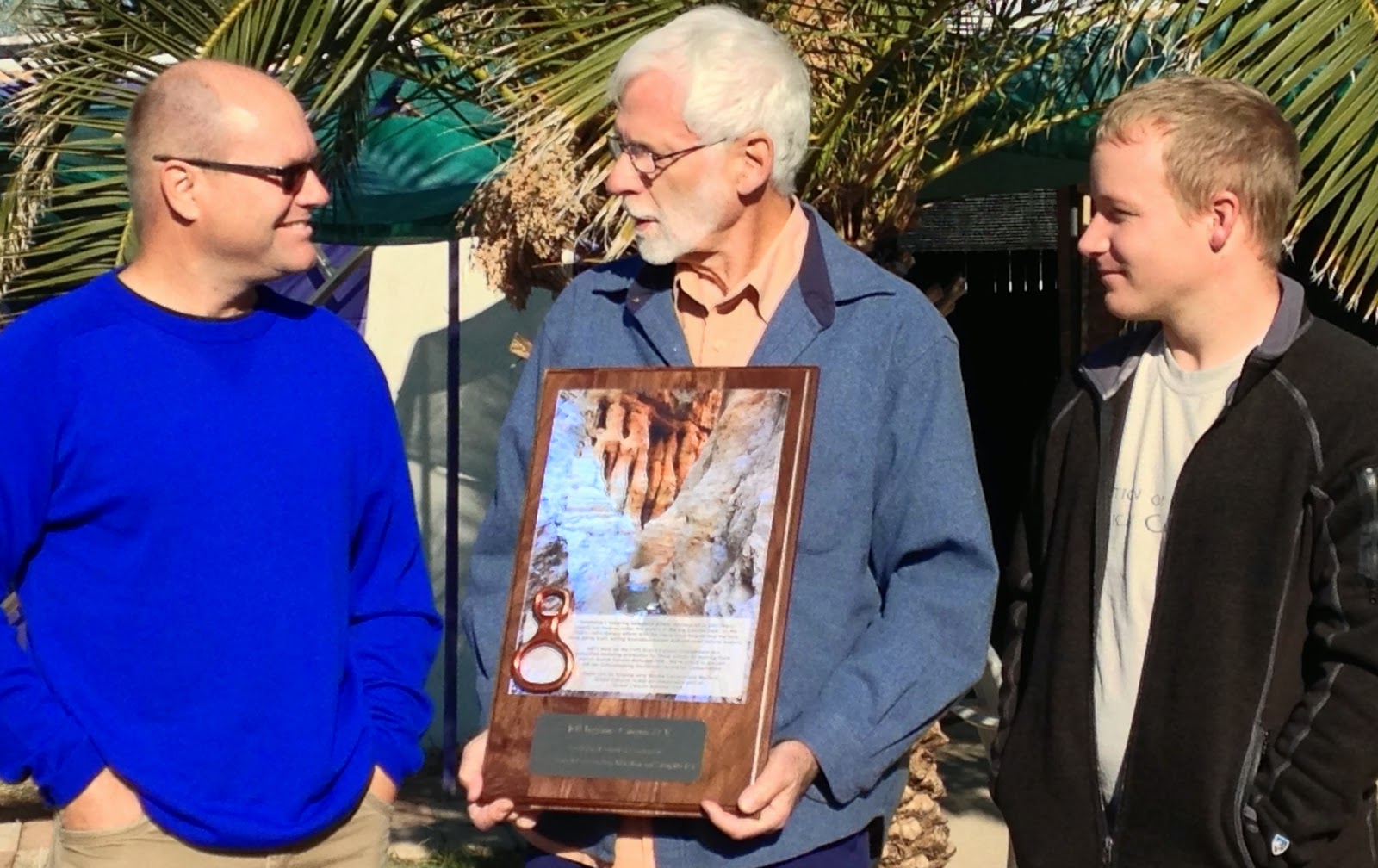 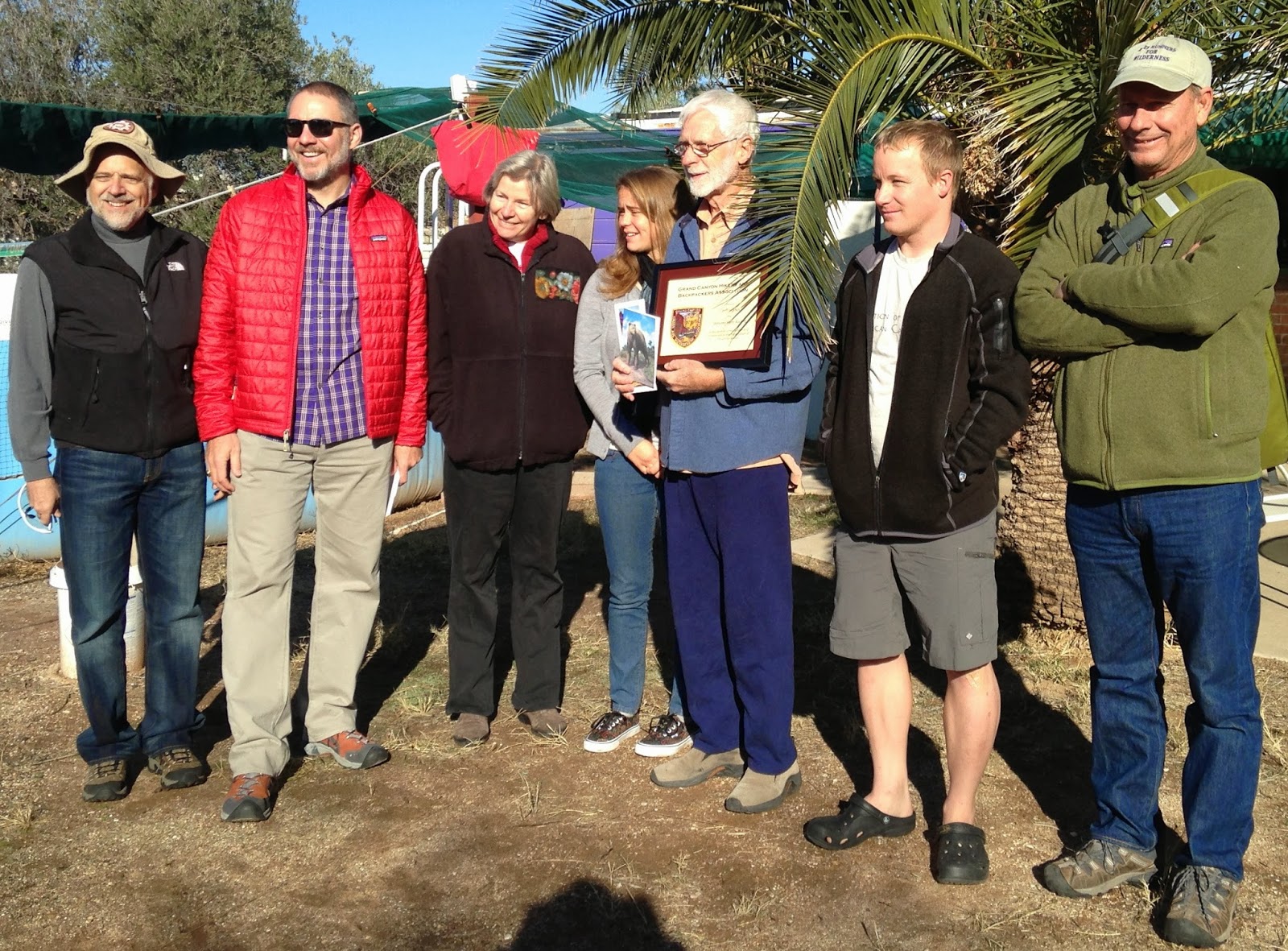 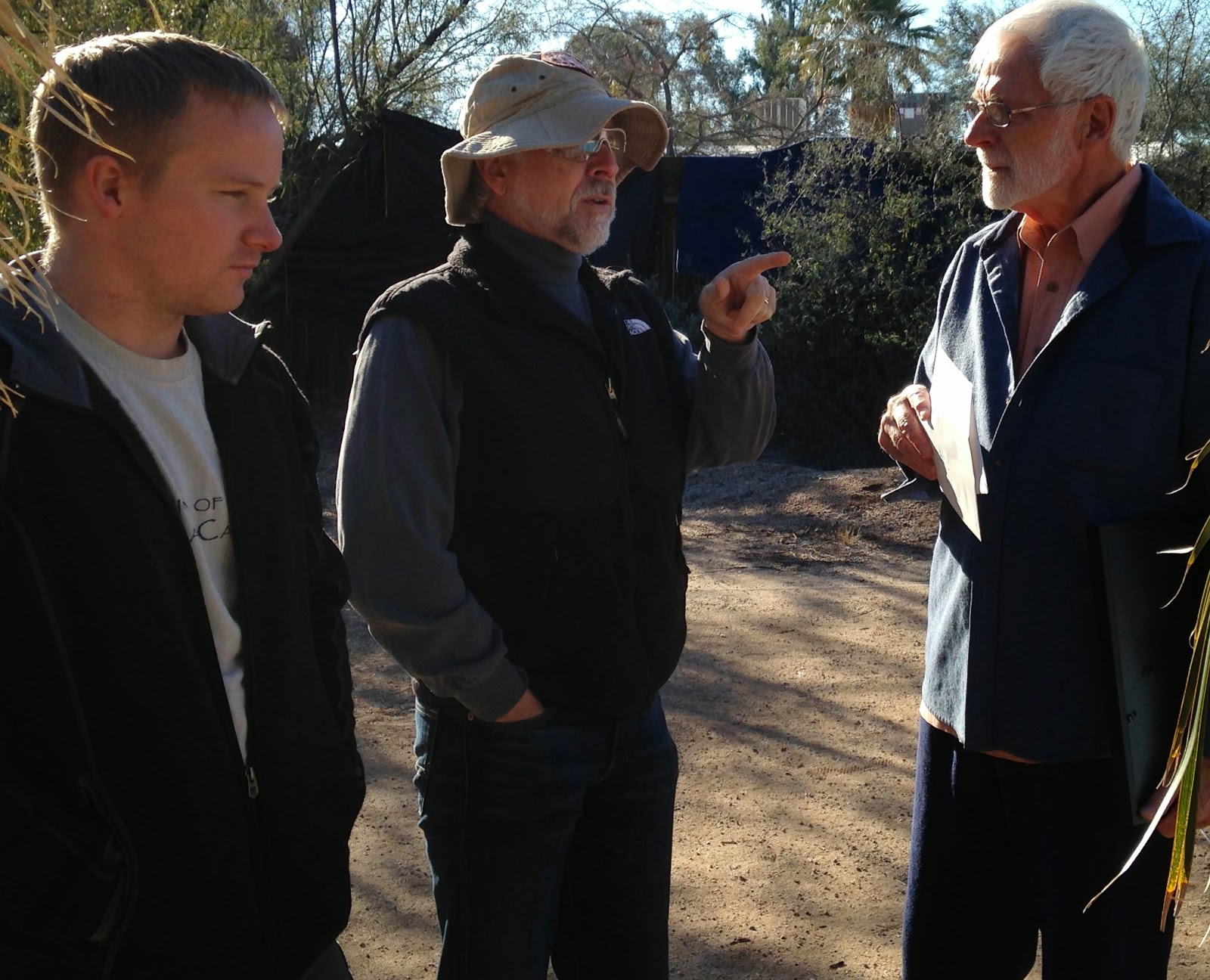 Jason, Chris, JI (the Canyon is a serious place)

Now, what about that commentary?   Next entry.

The TAB for DAMS

brings up entries on

the history of efforts