FLAGSTAFF, Arizona — U.S. Rep. Raul Grijalva is reviving a push to designate a large swath of northern Arizona as a national monument.
Grijalva, a Democrat, said he would introduce legislation next week to create Greater Grand Canyon Heritage National Monument while acknowledging it likely won't get even a hearing in Congress. The goal is to have a template ready that President Barack Obama could consider signing as a proclamation for a new monument, he said.
The proposed 1.7 million-acre monument is a mix of towering cliffs and canyons, grasslands, forest and desert that is popular with hunters, hikers, ranchers and other recreationists. It also includes 1 million acres rich in uranium ore that is temporarily banned from the filing of new mining claims. Grijalva, environmentalists and tribes want to make that ban permanent but have faced stiff opposition from Republicans and the mining industry. 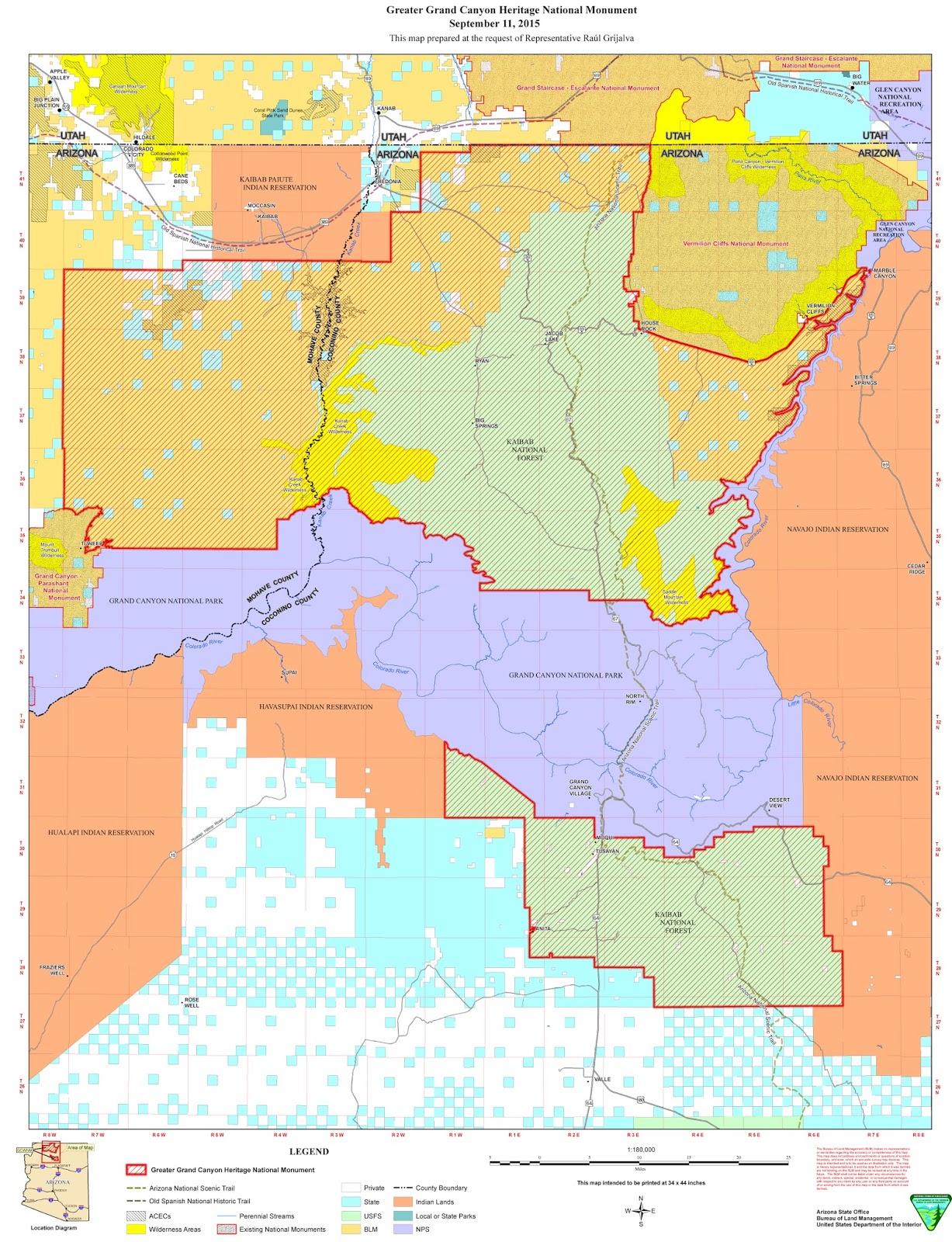 Tribal leaders who joined Grijalva on Monday in a news conference said the creation of a monument would protect the area's water, sacred sites and other cultural resources.
Navajo Nation President Russell Begaye said the tribe has struggled with the effects of uranium mining decades after it ceased on the reservation. He said he'd like to see Obama proclaim the area a national monument, using his authority under the Antiquities Act and further strengthen his commitment to American Indians.
"We believe this falls right side his agenda," Begaye said.
Grijalva's legislation follows other efforts since 2012 to have the area proclaimed a national monument.
Under a previous proposal, the monument was to be named Grand Canyon Watershed National Monument. Rep. Ann Kirkpatrick held a meeting earlier this year to talk about creating such a monument. Environmental groups weighed in on the region's water, large-diameter trees and wildlife corridors.
The Arizona Game and Fish Commission and sportsmen's groups criticized the effort to sidestep Congress and questioned the expense of running a national monument.
Don Martin of the Mohave Sportsmen Club said Monday he's skeptical of Grijalva's proposal as well.
"Anything that creates a national monument up there on the Grand Canyon is totally not needed, not wanted," he said. "It's just another ploy to lock things up from the American public."
Grijalva said access to recreation and hunting wouldn't change. Whichever federal agency manages the national monument would have three years from its creation to develop a management plan. A council made up of representatives from tribes, the sportsmen community, the Arizona Game and Fish Department, environmental groups, natural resources and science would advise the federal agency.
The U.S. Bureau of Land Management and the U.S. Forest Service now oversee much of the land in the proposal.