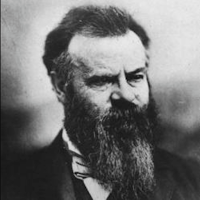 and Benjamin Harrison, freshman Senator from Indiana, later, President of the United States: 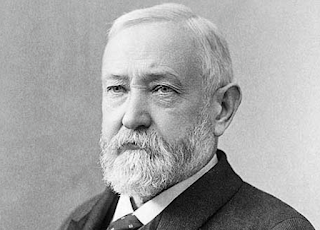 There may have been more letters; --almost certainly were, in the 1880's. On Powell's side, however, fire in the early twentieth century destroyed the pertinent archives of the U. S. Geological Survey (USGS) under his directorship. And Harrison's collected correspondence contains nothing about the Canyon. Nor is there any other evidence of a relationship between the two. Yet these men -- Powell leading, Harrison taking the actions -- together constructed the founding political framework in which debate about a Grand Canyon National Park took place over the next 40 years and beyond. How did this partnership, so obscured, so fruitful, come about?


Introduction
In trying to answer that question, and the multitude of others that have arisen from human efforts to gain control, exploit, enjoy, and yes, celebrate the Grand Canyon, we will see a multitude of people swirling about, often just briefly, some for decades. However, I wanted my view not to get stuck on personalities of individuals; for many, the Canyon was peripheral to their main concerns. Yet in taking the actions they did -- for better or worse, heroically or villainously in effect-- they placed themselves in the service of our attempts to cope with the astounding, the astonishing, physical fact and universal environmental meaning of the Grand Canyon. People's actions are my ingredients here; the Canyon is the grandest of banquets, a feast in which many have participated; contributions sometimes delightful; other dishes, unpalatable.